Fort Worth Museum of Science and History

With Charlise, I went to the Fort Worth Museum of Science and History. In exchange for a review/blog post, we received access for free.~

I didn’t take many pictures with my digital camera, but I did snap many shots to Instagram. The MythBusters Explosive exhibit prohibited flash photography, which is understandable, and the Noble Planetarium prohibited any electronic usage, as such would disrupt the display and all that jazz.

We missed the Energy Blast and DinoDig exhibits, but we plan to go back in the future and see the museum when we have more time (and possibly not all five of her kids in tow).

The picture of me “glowing” has been quite popular on my Facebook… the last time I looked, it had around 7 “Likes”, which is a lot for me.

(I’m just kidding. I really don’t care about that stuff.)

To take that photo, I was standing before a mirror with black lights surrounding that section, which was part of the MythBusters exhibit’s “Do you get wetter running or walking?” experiment. There was something in the water to make it glow, and Charlise and her kids went through a few times, whereas I did not… yet, I glowed anyway. :p My teeth, shorts, shirt and bracelet pass all glowed. The shirt had some white, but it was mostly purple, grey and black, so… Anyways, I did default it on Facebook, because it makes a pretty awesome profile picture. If Twitter’s avatars were bigger, I’d default it there, but I’m also still enjoying the illustration Kya made for me with birds in the girl’s (my) hair. 🙂

Anyways, in addition to photos, I also have some videos. 😀

Sadly, there is none of me doing it… When I did it, however, only one plate fell! The trick is to hold onto the tablecloth with both hands and tug quick. There’s no time for hesitating! 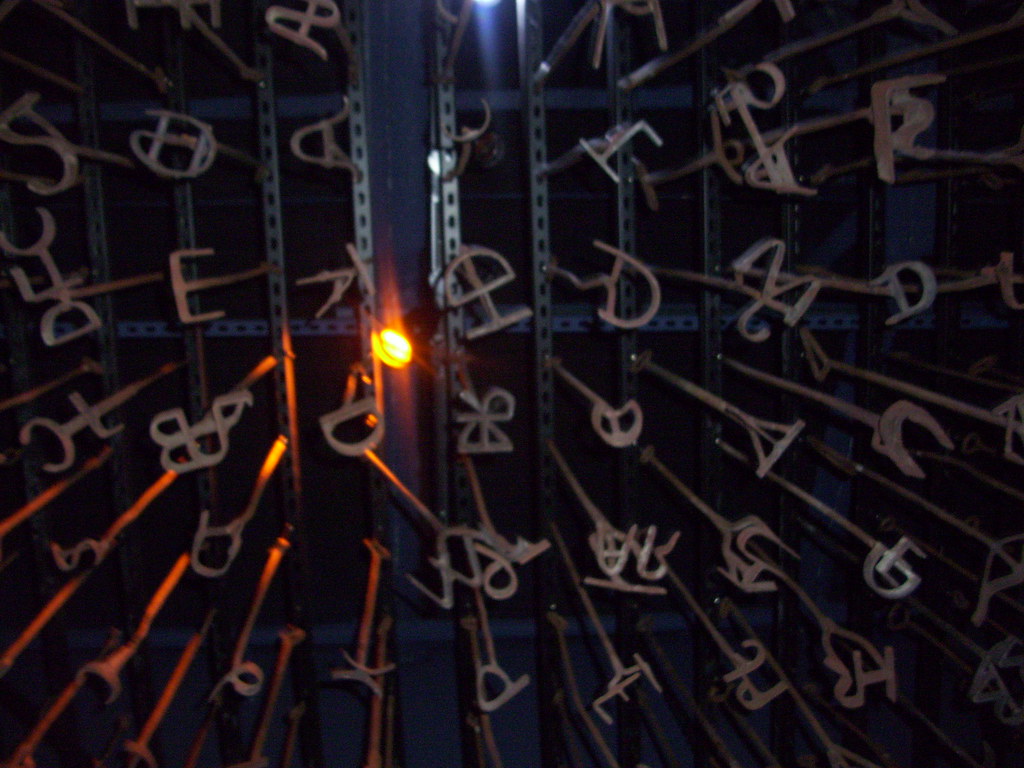 Afterward, we went to the exhibit across the hall, the Cattle Raisers Museum. They had branding irons hanging from the ceiling that reminded me of alphabet soup.

(I realize animal-branding is a controversial topic, so I’ll say this once and then we’ll be done with it: I do not support the branding of animals, as I believe it’s a crude/cruel[1. I think both work well in this case.], but I’m posting the picture anyway, because it is a part of history, and it does still happen. The animals live… I also grew up around farm life, so I’m used to dealing with things I don’t agree with. There are worse things, like horses that are being slaughtered in the US.[2. I really encourage you to not watch any videos pertaining to this issue… They lack trigger warnings, and they’re enough to make you sick. The methods are inhumane, and ugh. It’s just horrible. The link is to a petition to urge US Congress to completely ban slaughter plants in the US. The raw link is: https://secure.humanesociety.org/site/Advocacy?cmd=display&page=UserAction&id=6351&s_src=web_85541261_id85541261, and there is no video/disturbing image on that page, as of 16th December, 2014.]) 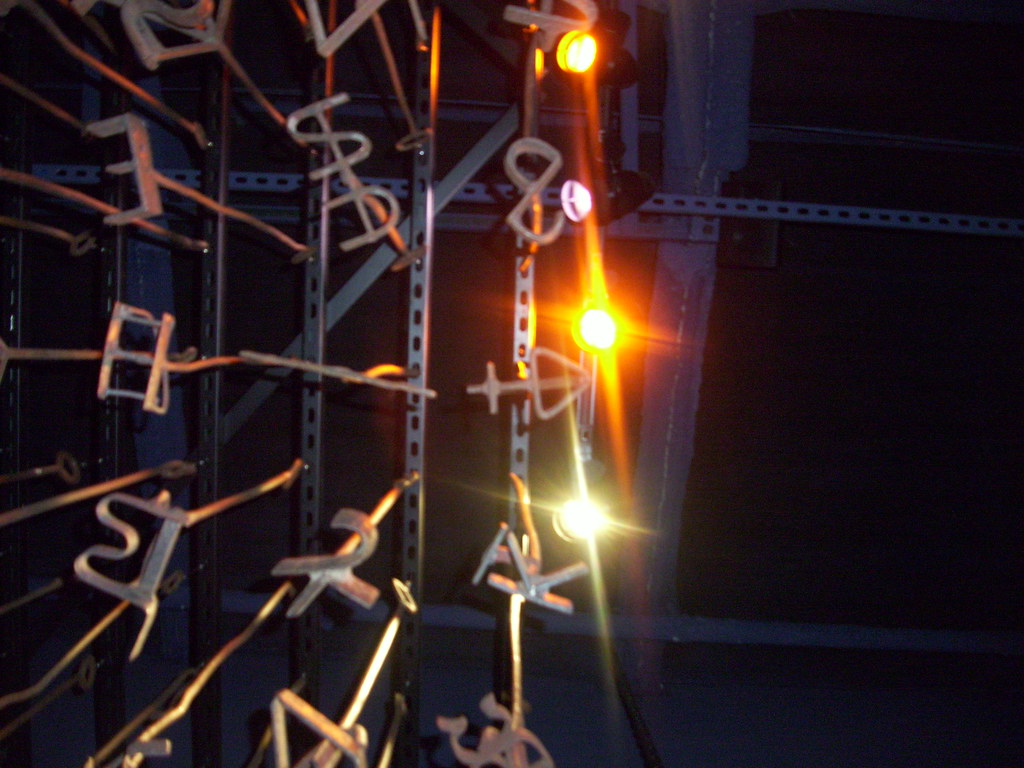 And then we entered a cowboy territory of sorts. It was really cool, and it really made me miss my brother a lot. 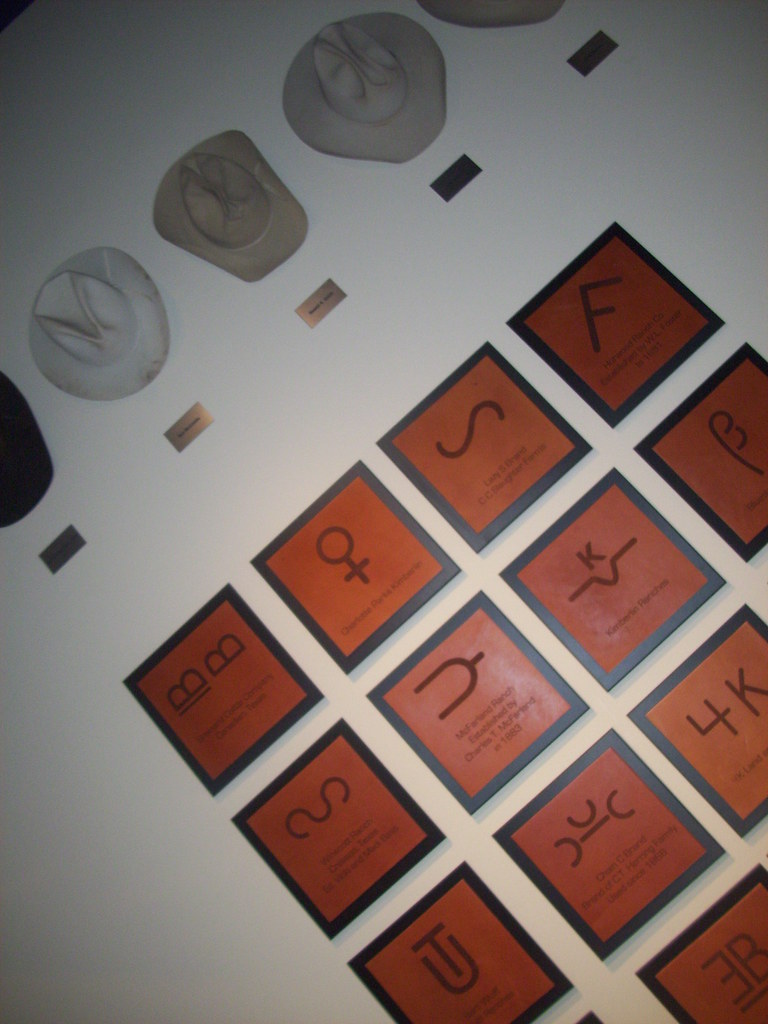 Apparently cattle raisers are now implanting microchips into cattle’s ears, thus retiring the old-fashioned numbered tag. Personally, I think it’s more trouble than it seems to be worth… I understand that it might seem easier to keep up with cattle, but couldn’t they just have tags that include a location-tracking device inside them instead? This requires cattle raisers to scan the cow’s entire body in order to see who it is… At least with a tag you can see the number on their ear from afar, provided you’re standing at the right angle. And if it dies out in the pasture, you don’t get that chip back, right? An animal higher up in the food chain could digest it, and you could be tracking a buzzard, coyote, fox, wolf…. 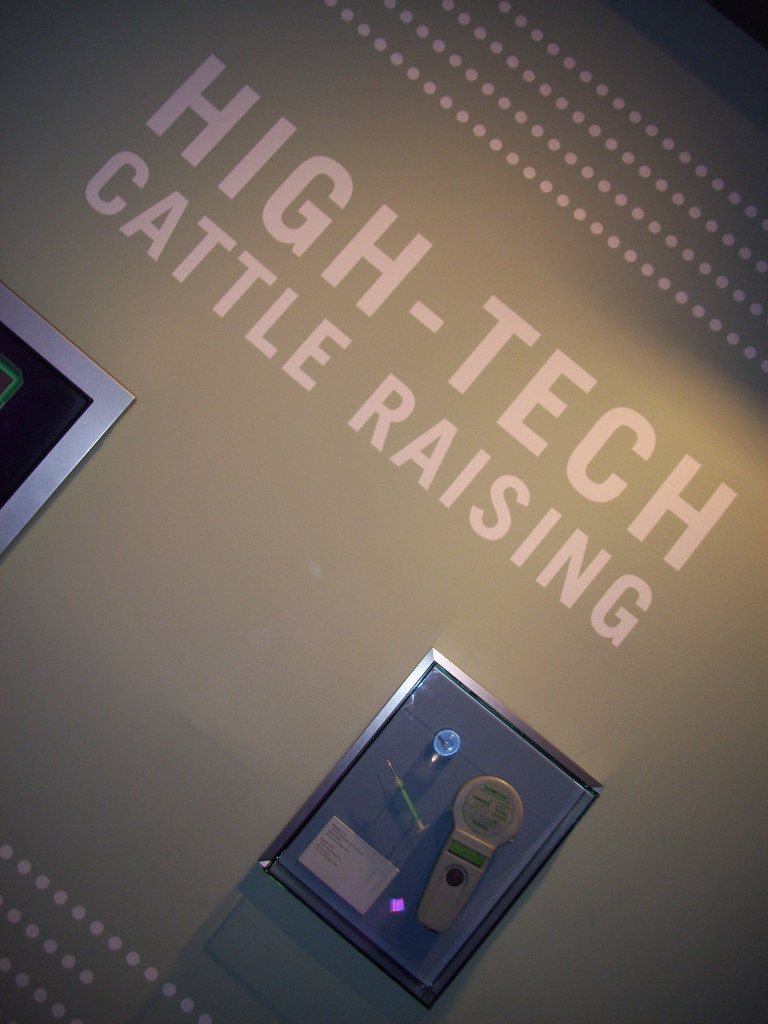 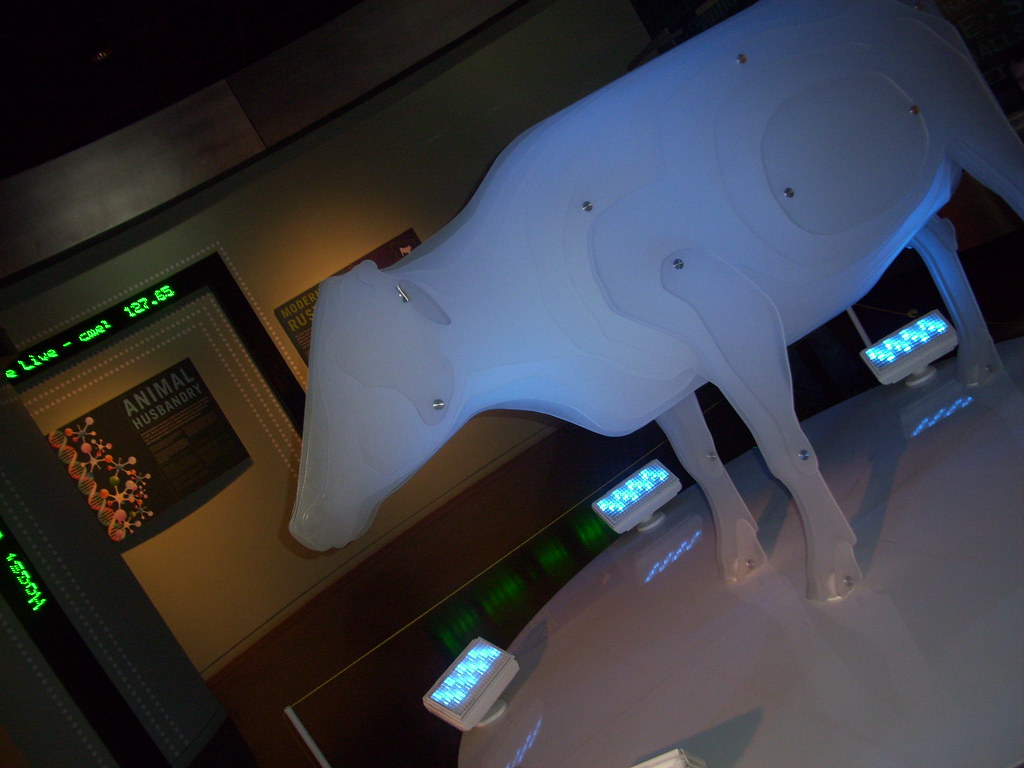 To kill some time until the next planetarium show, we went to their Dreamlabs/innovation center/areas. They had a lot of really cool things there, honestly.

I looked and read through some of the reviews on the museum’s Facebook page and on other websites, and a lot of negatively revolves around the museum being “too simple” and too “tailored for kids with autism”. I’m [carefully] noting that anything science-y is going to seem like it’s been tailored for autistic kids. It’s as unavoidable as someone buying you a puzzle for you/wanting to put together a puzzle with you because they know of the puzzle symbol that supposedly represents autism and think everyone who’s autistic loves puzzles.

Yes, I’m pretty sure I saw some autistic kids there[3. NOT because of what people think it “looks” like… because some of them chatted about, and as an Aspie, 96% of the time, I’m right about someone being autistic or not just by communicating with them, even if not verbally.], but that’s really not the point, and if you have a problem with autistics, you should just stay inside and not go anywhere.

If you’re in the DFW area, however, and/or visiting it with children at some point, 1) the innovation area’s basically a child’s dream and 2) potentially an autistic’s Heaven.

…and it’s superb if you played with a Lite-Brite when you were a kid. Or played with your kid’s Lite-Brite. Because they have a giant one, and it’s amazing.

(And I totally want one.)

I made a little thing that flew. :3

The planetarium was an interesting experience for me… I’d never been to one, but I was also exhausted. I also am one of those people who gets car sick sitting in the back seat before the car even moves and who gets car sick sitting in the front seat after the car’s been moving for around two minutes. I have never been able to lay down and watch the clouds move without feeling sick, so I don’t know why I didn’t think the planetarium would be any different… then again, I also didn’t know there would a lot of movement. I tried to check my phone to see when it would be over/how much time had passed (to estimate how much longer it would be), but it had locked itself, which meant it was no longer on the alarm’s dark/sleep mode, where the screen is dimmed, and it was bright. I don’t know if anyone noticed, but after that, I just closed my eyes and hoped to God I didn’t/wouldn’t fall asleep there.

It was really neat seeing outer space in 3D/like that, but I don’t recommend it if you’re easily car sick/etc., because I think that that’s what tainted the experience for me.

The next exhibit we went to was the dinosaur one. I like dinosaur museums now, though when I was a child, I was terrified of them. (I had a traumatic experience, honestly, that still plagues me to this day.) 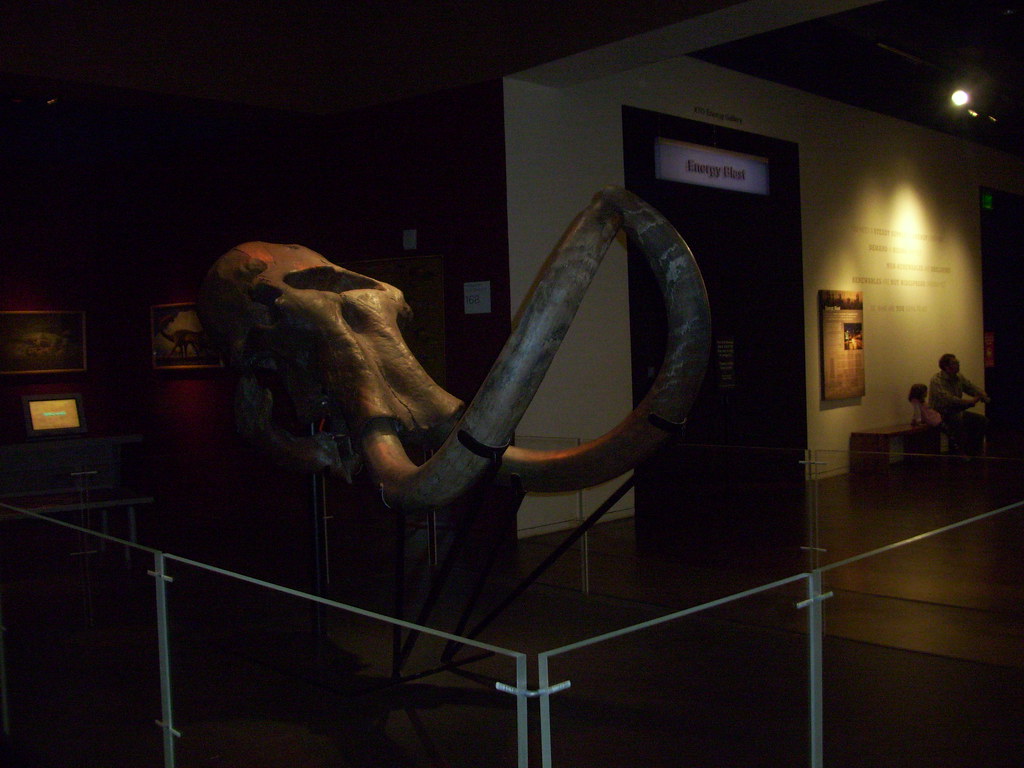 They had a mammoth’s tusks there, so I suppose the exhibit was more along the prehistoric lines? :p 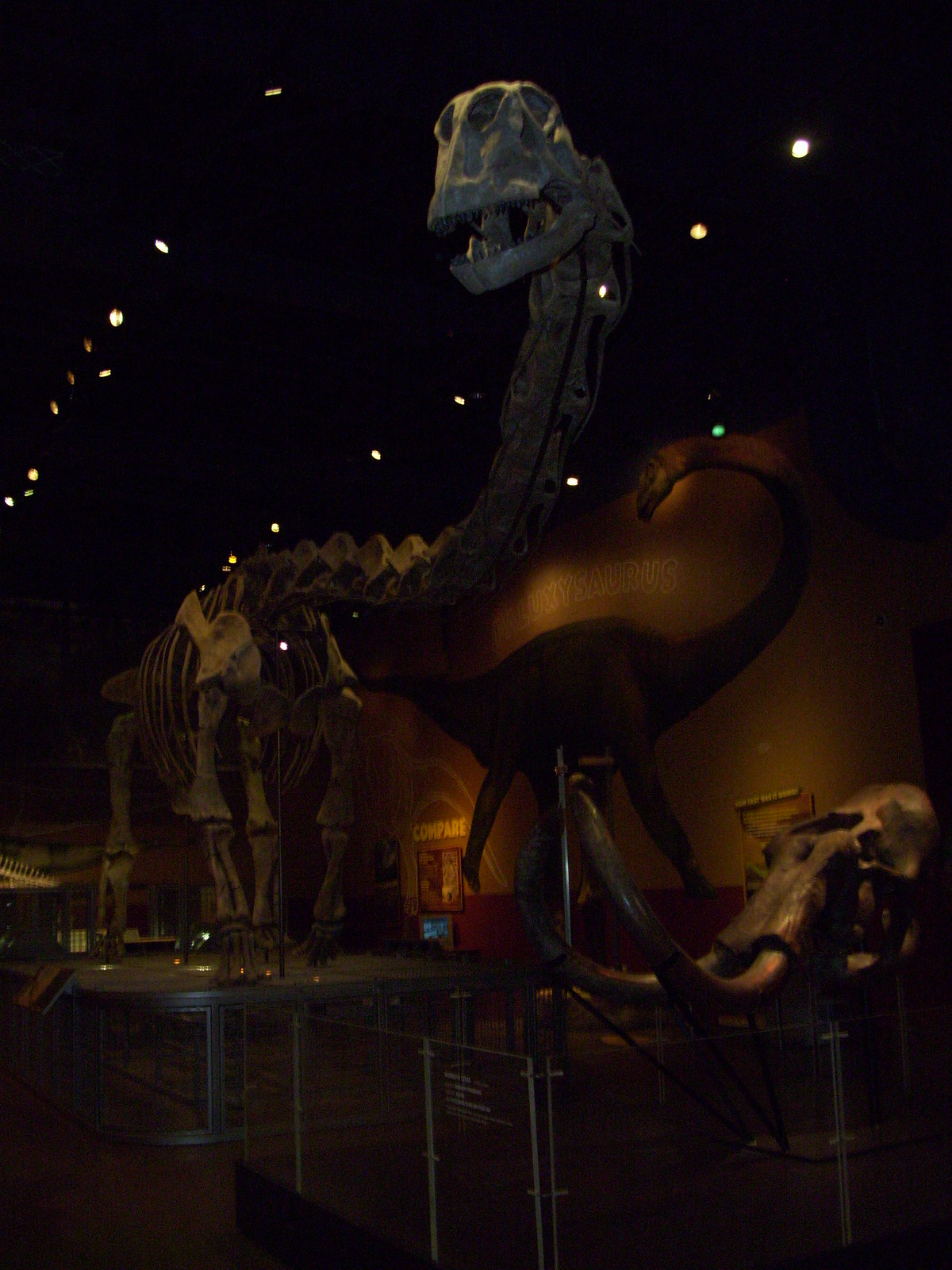 The number one thing that amazed me most was how enormous dinosaurs were… You can watch Jurassic Park movies and see how these animals would have compared to people, but being near the skeleton of one — or even seeing a mere piece of one — of the animals from so long ago makes the comparison more real. It hit me Saturday just how huge dinosaurs really were. 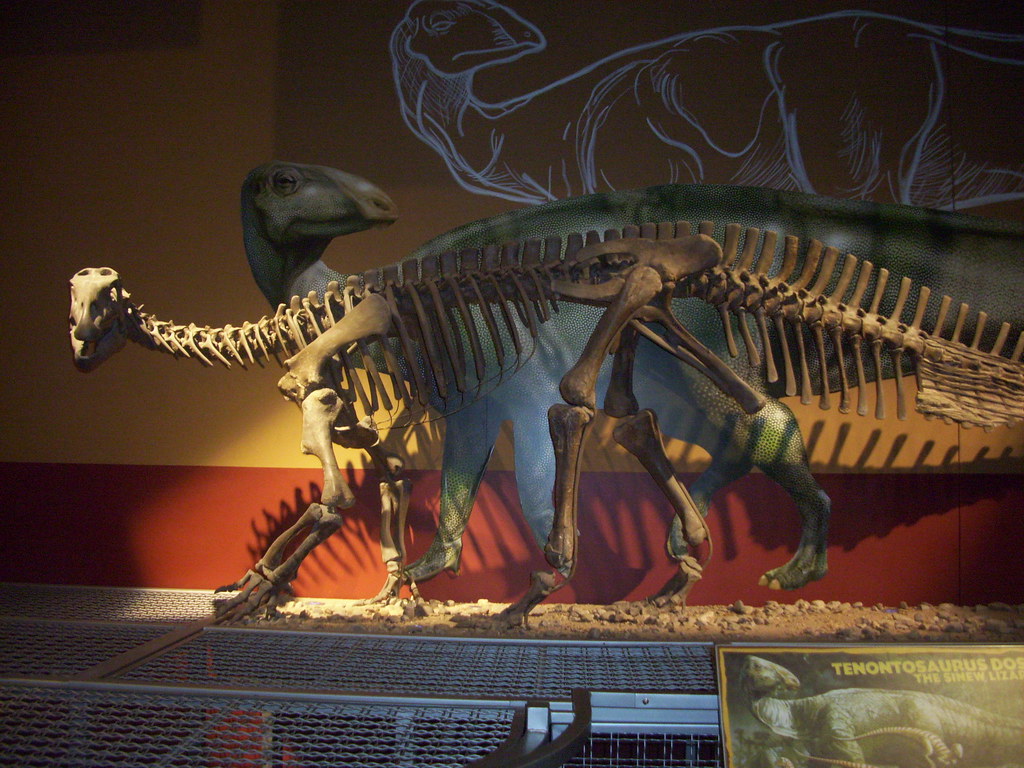 They did have a comparisons chart: 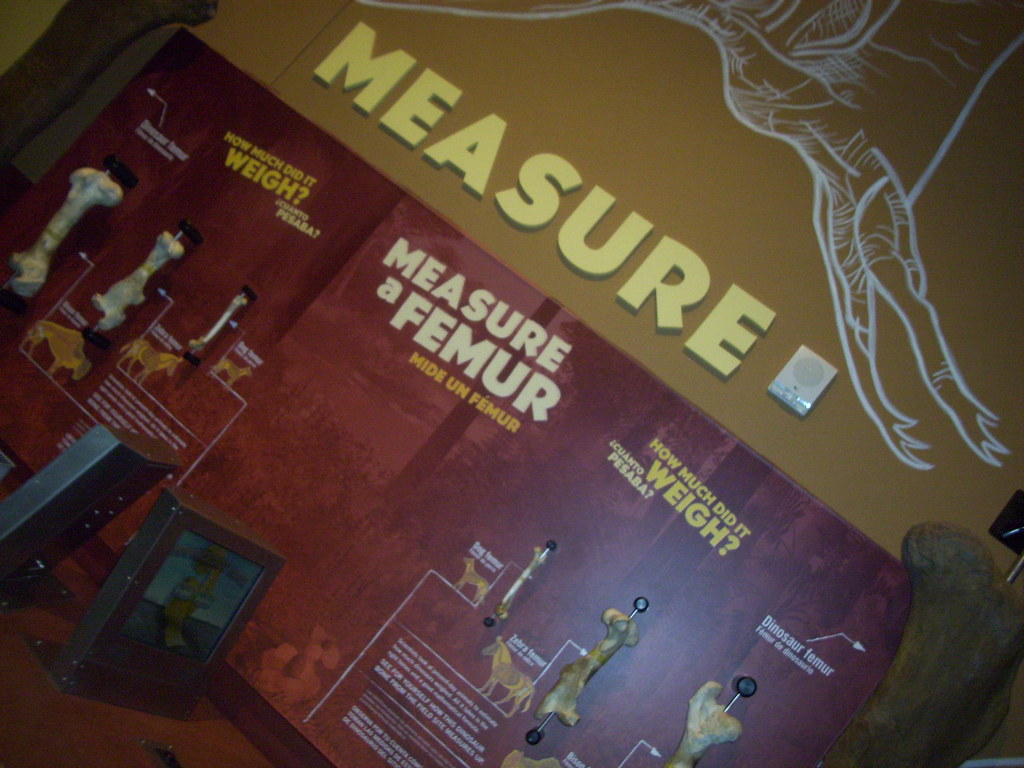 Lastly, we went to the Children’s Museum. There was a big make-your-own-train-track center, and a grocery store center, and so many others things, and I wish I was a kid again so I could play my time away in those things. >.>

(There was also an outdoor water play area.)

Anyways, there were snakes and all that jazz.~

Whilst snakes do spook me, the corn snake was adorable.

…and that concludes my day Saturday at the Fort Worth Museum of Science and History. #SorryNotSorry this was super long… In my defense, I’ve also not blogged in a while/much on here lately.

That would have been so interesting to see. It’s a shame about the carsickness though. 🙁 I only get it if I try and read while traveling, getting it all the time would really suck. 🙁

I haven’t been to any time of museum thing like that for a long time. They have a really cool one in Canberra in Australia, I want to go back some time. It’s mainly for kids though… so it might be a bit weird. xD

I propose someone make a children’s museum that is strictly for adults. 😉

I absolutely love museums – though I hardly ever get to go to them. I think that is something that I’m definitely going to try to do more often in the coming year. I agree that the glowing picture makes an awesome Facebook profile picture. 😀 I’m glad to hear that you had a good time.

Wow, it’s pretty cool you got free admission for blogging about it, definitely a nice perk to have as a blogger ~

I love science and history museums the most! It looks like you saw a lot of things and had a lot of fun. I forgot there’s so many exhibits in one place, I haven’t been to a museum in years… Now that I think about it, it was always overwhelming to try and see all the exhibits on one field trip @.@

That’s very cool for them and your blog! I love museums, but somehow I always feel rushed. Like I can’t spend enough time looking at any one thing. 😛

I get carsick as well, and the only thing that works for me is knocking myself out, lol!

Thanks for the all the images, looks like you saw some cool stuff!!